* In case of any delay in receiving the OTP, you may verify it later. Please proceed without verification.

Enter your City name or Pincode

Goregaon is a town in the district of Raigad in Maharashtra. Goregaon has been the cultural as well as educational hub in the region for several years. The town is situated near River Kal which is a tributary of River Savitri and rich in water resources and comes with scenic beauty.  The town has also been mentioned in Ptolemy’s writings as ancient trade centre (Hippokura). 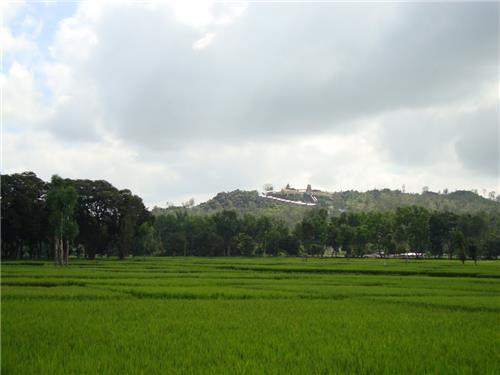 A Brief History of Goregaon

The original name of Goregaon was ‘Ghodegaon’ which is the combination of two words ‘ghode’ which means horse and gaon which means village. When the town was under the rule of Chatrapati Shivaji, it was a prominent trade centre for horses. During that period, the warriors used to train the horses at Ghodeghoom which is situated 10 Kms away from Goregaon and would purchase horses from Goregaon as it had three lakes namely Gaotalav, Visnu Talav and Ram Talav which provided the water for the horses.

Goregaon is situated at 18.17oN 73.3oE and has an elevation of 28 m (92 ft).  Goregaon town which falls under Mangaon taluk served as an inland port as it lies near River Kal. The town also uses the river for the generation of hydroelectric energy. However, the river travel has come down during recent times.

The town experiences tropical climate. The town receives more rain during summer than during winter. The climate of the town has been classified as Aw by Koppen and Geiger. The annual average temperature of the town is 26.7oC and the annual average rainfall is 1471 mm. May is the hottest month and December is the coldest month.

The town is administered by a Panchayat Office and the head of the village or ‘Sarpanch’ is elected by the people of the town once in five years.

The town comes with many temples, mosques, etc which attracts the tourists from far and near to Goregaon. Let’s see here some of the tourists attractions of Goregaon town.

This temple is otherwise known as Siddhesvar temple and it dates back to 800 years. This temple is a swayambu and located on a hill of 413 ft (126 metres) which borders northern part of the town. From this hill, the tourists can have a spectacular view of the River Kal as well as the Goregaon town.

This is a unique temple in India because the idol’s upper part is that of a male and that of the lower half is female. The tourists have to climb 400 steps to reach this temple.

This 200 years old temple comes with fine sculptures as well as carvings on its pillars. Another distinct feature of the temple is the ‘Srichakra marks’ found here.

This dargah of renowned Muslim Fir is situated on the northern part of the town.

This temple and the hall were established by Goregaon vibhag’s Panchsheel Buddha Jana Seva Samiti and is the finest example of Sarva Dharma Sama Bhava. People from different religion and caste visit and contribute to this temple since 1980. The hall is used for various functions as it is situated on State Highway to Shriwardhan.

This is the only temple in Maharashtra to have Goddess Gayatri with Panchmukh (Five faces) and in India the second.

This temple belongs to Sonar Kul and the presiding deity is Lord Bhairi and Goddess Bhavani.

This temple is situated 13 Kms away from the Goregaon town and the latest addition to the tourist destination of the town. This temple made of stone is spread across 42 acres of land. From here, the pilgrims can have a spectacular view of the town.
Apart from the above, the tourists can visit other major tourists destinations such as Mahabaleshwar, Wai, Nandgaon and Mahad could also be reached from Goregaon town.

Postal and Courier Services in Goregaon

Telecom and Broadband Services in Goregaon

How to Reach Goregaon

Goregaon town is well connected by road to other major cities of the Maharashtra state. MSRTC buses as well as private buses have regular services here. The town also comes with a railway station which is part of Konkan Railways. However, Pune railway junction is the major railway junction situated near Goregaon. The nearest airport is Chatrapathi Shivaji International Airport, Mumbai which is situated at 153 Kms away from the town.

Comments / Discussion Board - About Goregaon